Welcome to our Parish. 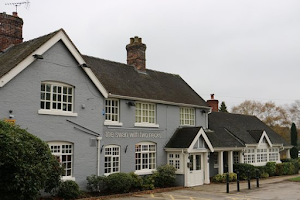 Between the two main centres of dwellings at Maer and Aston there are the hamlets of Blackbrook and Willoughbridge.

The area is rural with scattered residential development and devoted to farming together with the large area of commercial forestry in Maer Hills.

Records show that Maer village is the oldest settlement, having been populated from Saxon times and being held successively as a large estate by Normans, the de Mere family, the Macclesfields, Talbots, Wedgwoods, Davenports and Harrisons until the break up and sale in the early 1970s.  In consequence it has been spared from the ravages of the post-war building boom. Its present designation as a conservation area and a ‘no growth village’ should ensure similar protection in the future. The main features which led to this designation are the Hall and grounds, the setting of the church on high ground opposite, together with the bridge from the Hall to the church.  Many of the existing houses have retained their estate character including the Home Farm and the Old Laundry.  Such infill that has taken place has not been sufficient to destroy this attractive village character. 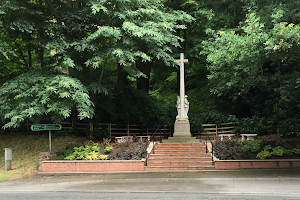 The most famous occupants of the Hall were the Wedgwoods; Josiah Wedgwood II, the son of the famous potter, moved to Maer in 1807. He went back to Etruria for a short while returning and settling in Maer until his death in 1843.  During this period Charles Darwin, a nephew of Josiah was a frequent visitor to the Hall.  He subsequently married Emma Wedgwood, Josiah’s daughter, on his return from his epic voyage on the Beagle.  Darwin himself wrote, “my visits to Maer during these years were quite delightful, independent of the Autumnal shooting.”  The village in those years was the centre for the local hunt.  Later the Harrisons commissioned a very beautiful war memorial and endowed a cottage for use by the Girl Guides.

In previous years most of the inhabitants were employed on the estate or in neighbouring farms.  Today with the revolution in agriculture, virtually all the inhabitants in the Parish commute to the nearby conurbations.  Both Maer and Aston have lost their post offices and shops and have never been allowed to have a public house nearer than the road junction of A51 and A53 at Blackbrook.

The Harrisons were responsible for building the first school in Maer, which has now become the Village Hall.  A subsequent school on the A51 closed during the 1970s, the pupils being transferred to Baldwins Gate. 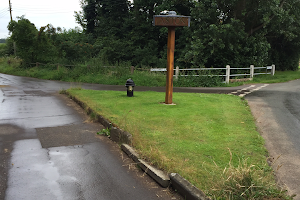 In Aston the original Victorian village school was replaced post-war by a new building which was closed in 1981 and, although the original building was used as a joinery business for a time and a youth club, both have now been converted for residential use.

Although the original building was burnt down during the Cromwellian uprising , Lea Head Manor is one of the oldest buildings in Aston  One family, the ‘Bucknells’ owned the building for over 400 years.  The current owners of Lea Head Manor are now excavating the original moat. Colonel Clive built the village hall in Aston in 1955 in memory of wife Dorothy.

Neither Maer nor Aston has a regular bus service.  A bus route passes along the A51, a few minutes’ walk  from the centre of Maer.  Aston is more isolated and public transport is limited to the Border Car and Rural Runabout initiatives.

The Parish has no doctor’s surgery with residents using facilities in neighbouring areas such as Baldwins Gate, Madeley and Ashley for health services.  All visits require transport.

Retail activity was limited to a farm shop and Slaters Craft Village on A51 however in recent years the old Maer village school building on the A51 has been the source of high quality rural clothing and associated items for the Barbour Store, although most of this business is on-line.

The main social centres are the village halls in Maer and Aston, however there are two public houses, The Swan with Two Necks and Slaters Country Inn.  Various activities take place in the village halls such as whist drives, dancing, garden guild, WI etc.  The present attractive appearance of both village halls is due to the devoted work of a number of local inhabitants.

Midway between the villages of Maer and Aston, along the A51 is located the Dorothy Clive Garden at Willoughbridge.  This former gravel quarry was converted to a garden by Colonel Clive for the enjoyment of his invalid wife.  It has since been taken over and improved by local trustees to become a well-known and important venue for garden lovers.

This area is also known as Willoughbridge Wells.  This first became popular in the 17th Century as a healing centre on account of the numerous springs in the area.  They were enclosed and protected for drinking and bathing, said to be “as near a panacea as any medicine in the world.”

The village of Aston is in the Ecclesiastical Parish of Woore and residents often travel to Woore for services and facilities, however there is a small chapel within the village hall which is used for occasional services (and once a wedding).  It is mainly a farming community the largest of which was the Aston Manor Farm, a listed building and formerly owning a number of tenanted farms which were later sold mainly to the tenants in 1945.
​